Well before there was MP3's, Ipod's, CD's and other music communication devices... There was Records, Record Players, Tapes, Tape Players and what have you. I think I bought my first CD in 1988 in Philadelphia. It was HR (Of The Bad Brains). Human Rights. Amazing CD an in an amazing small package... well not too small because they were trying to market CD's like records, so hey put them in this waste of a long package that had about 5 inches of dead space... He he he. Anyway, to make this sort of a new beginning of posts I want to run...I want to make a up an Old Music Monday's type of thing, just because I have so much freakin' music that I try to play but I never do. So to start things off, I want to post an article I just checked out about Rodan. This was my favorite group in the 90's and they changed the way I listened to music from then on. Listen to the tracks and take it all in because I am still doing that to this day. 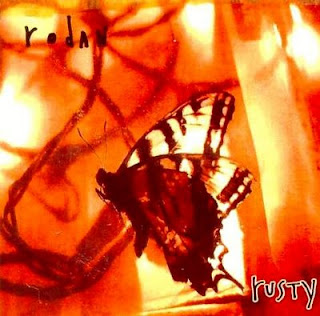 
Tracks for your listening pleasure! (click on them if you know better)

Buy these on itunes

Posted by ROCKY at 10:58 AM No comments: Links to this post

ROCKIN' OUT IN JACKSON HOLE! 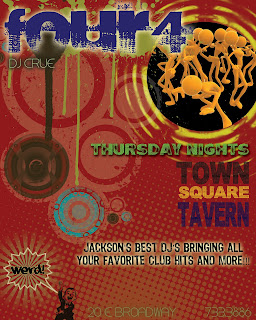 It's one of the better party nights here in Jackson Hole, Wyoming. Thursday Nights at the Town Square Tavern is the place to be. We have had the most consistent crowd on Thursdays for over a year now and it is not stopping now in the fall. With and eclectic mix if of music, you can be sure of a great time with party Dj's such as Vert-One and Therapy mixing it up for your listening and dancing pleasure. Nestled right on the square in beautiful downtown. Just listen for the bass and you will know where the party is at!

Daniel Haaksman-Kid Konga ( Surecut Kids Rmx)
Posted by ROCKY at 11:17 AM No comments: Links to this post

A LITTLE PEEK AT FULL CIRCLE FRAMEWORKS AND GALLERY

This is what is happening right now at the shop. Jrod's show was and is amazing. Come by the gallery if you haven't already and check out his show. There are original and prints available and ready for good homes! Check out http://www.fullcircleframeworks.com for more cool stuff and also http://www.jrodart.com. See you soon... Rocky.

Posted by ROCKY at 3:24 PM No comments: Links to this post

THE ART OF JARROD EASTMAN 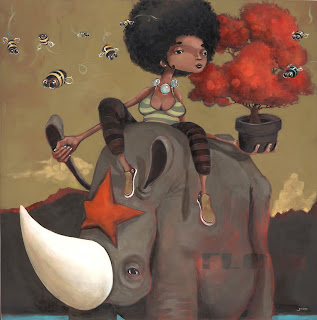 Jarrod "jRoD" Eastman from Bozeman, Montana is creating a nice little niche in Jackson Hole and this time he is spreading his love of art to Full Circle. You have seen him for the past few years at the Art Fair and are familiar with his bugged out surreal images of birds, bugs, wildlife, people and other beings.

This show will be a breakthrough from the past shows, so you will definitely will not want to miss it. It runs from September 11 through October 16.

You can get a preview of what he has been up to from his website.

We hope to see you out.

By the way... Even if you live outside of Jackson Hole, you can still check out the work on line and support the scene!
Posted by ROCKY at 10:07 AM No comments: Links to this post