Well I'm back with some more goodies... At least I think so. I have a ton of music, so I could go on forever with this. Last week I mentioned my first CD I bought was HR - Human Rights. It actually was Tapes '84-'86, which equally was an amazing record. It had more of a Bad Brains feel to it but of course in HR's direction... Let me drop some tracks for you. 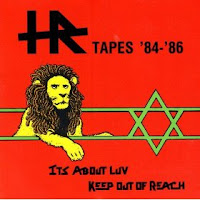 It'll Be Alright
Let's Have a Revolution
Power of the Trinity

If you dig these... You should go to this SST Records Link and buy this record... or other goodies from this label.

So kind of from the Rodan tip... I decided it would only be appropriate to post some stuff from June of 44. These guys formed in 1994 after Rodan split up. I was fortunate enough to see these guys at Upstairs At Eric's in Philly and I was blown away by their live show. Beyond tight and beyond amazing! They made a bunch of records and eventually broke up in 1999 I think. Anyway, I have all there records on vinyl and I can't seem to find some of the CD's, but here are some tracks from "Engine Takes To Water" and "The Anatomy of Sharks" 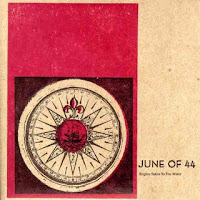 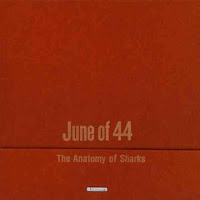 These are from Quarterstick Records... So go check that shit out!